The common name Poinciana comes from the tree originally being placed in the genus of the same name. It has also been called flamboyant and, along with many other trees, flame tree.

It has become naturalised in many countries into which it has been introduced, especially in Asian countries near the equator: in China, for example. For this reason it should be treated with some caution by responsible gardeners in Brisbane.

Royal Poinciana, in good climates, grows up to 9 to 12 metres high. They have a wide umbrella canopy that usually grows wider than the tree is tall. This has made poinciana useful in hot climates as a shade tree because of its height and thick, wide canopy of leaves. Poincianas have a tendency to develop dead wood that attracts borers when pruned internodally: call us if you need a Brisbane arborist to prune dead wood from your poinciana.

The poinciana has a relatively smooth trunk of a light brown color. It can start branching too low to the ground for people to walk under it, so should be pruned while still juvenile to eliminate low scaffold branches.

For several weeks in spring and summer Poinciana is covered with exuberant clusters of flame-red flowers, 10 to 12 cm across. Even up close the individual flowers are striking. They have four fan-shaped scarlet or orange-red petals about 7.5 cm long, and one upright slightly larger petal–the standard–which is marked with yellow and white.

The flowering ability of a tree is determined by age, genetics and environment. Poincianas shouldn’t be expected to bloom until reaching at least six years of age, sometimes older. If they have been grown from a parent or parents with good flowering genes they should flower prolifically with, ironically, either good nutrition or under stress.

The poinciana’s compound leaves are striking. They are lacy and fernlike, bipinnate, and 30.5 to 50.8 cm long with 20 to 40 pairs of primary leaflets, each divided into a number of pairs of secondary leaflets. Being in the Fabaceae family, Poincianas are legumes so their fruit really is a bean. Their seeds start out green and soft, but become brown and woody as they age. They look like flat pods up to 60cm long and 5cm wide).

Poinciana are commonly propagated by soaking the seeds for up to 24 hours in water before planting them in warm, moist soil. Instead of soaking, the seeds can also be nicked open allowing water to get inside the pods, and then planted immediately.

An alternative method is to take a branch and cut it into 30 centimeter long sections, and then plant those in soil. Rooting hormone (auxin) will aid the cutting to take hold.

The Poinciana requires a tropical or near-tropical climate and full sunlight, but can tolerate drought and salty conditions. Poinciana prefers an open, free-draining sandy or loamy soil enriched with organic matter. The tree does not like heavy or clay soils and flowers more profusely when kept slightly dry. It is also tolerant of somewhat acidic and alkaline soils.

Phosphatic fertilizer can aid in flowering and can be applied at the start of Spring. Juveniles can also be fertilized in Summer and Autumn with a 15:5:15 or similiar fertilizer. Growing Poincianas is an exercise in balance. We also apply organic fertilizer subterraneously when pruning poincianas to aid their recovery.

Poncianas are susceptible to borers that usually attack Australian natives. They should be examined externally for tell-tale borer holes. Peel aside a little bark from any damaged wood and look for pin-holes.

Borers can be killed mechanically by poking wire down the hole if caught early. Usually, it’s better to have us treat the tree by injecting an insecticide which is absorbed by the tree and kills the borers as they eat the wood.

If in doubt, have us examine the tree as we can use instruments to check for internal borer activity. If left untreated, Poincianas may collapse due to damage to the heartwood and the resulting rot.

Poincianas can also be attacked by the same Fusariam fungus that causes brown root rot, killing many jacarandas in Brisbane’s parks a few years ago. The Brisbane City Council has established a management plan using a Trichoderma species of fungi, though it is still in a trial phase. The DPI are extending the trial to other regions and will publish results in 2016. Officially, removal of affected trees on private property is currently recommended.

Poincianas should not have mulch with pieces of wood greater than 25mm length applied to the soil within its canopy as this can aid in transmission of the Fusarium fungus.

Perhaps the biggest issue I see from day to day with Poincianas is poor pruning technique. Poinciana branches that have been cut out from the trunk will do one of two things. Firstly, they can simply die, becoming dead wood that later falls from the tree. Until they fall they expose the tree to the entry of bacteria, fungi, insect and borer attack.

Secondly, and even more commonly, watersprouts will grow from the cut branch. Poincianas have strong epicormic growth; that is, they have dormant buds along the branches. As a result new, spindly branches grow much faster than the section that was removed so the property owner has to have the tree pruned regularly. This is another example of it being more economical to have something done right, the first time.

Further, poor pruning practices destroys the structural integrity of the tree as solid watersprouts are prone to snapping. I recommend only having Poincianas pruned by an arborist. 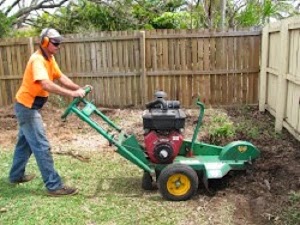 Lee Blight
05:52 27 Jan 19
Brisbane Trees & Gardens are my #1 go to when it comes to tree care and removal. David has done a number of jobs on our properties and is always very helpful, honest, hard working and professional. I fully recommend his workmanship, expertise and pricing. Want the best job then call Brisbane Trees & Gardens. Thanks guys.

Taryn Bell
21:37 24 Jan 19
We have a large poinciana tree in our backyard that was needing a lot of love. David was recommended to me and for the right reason. He really knows his stuff. The guys had a big clean up job from the previous hackathon that was done to it and it is now looking great. Definitely recommend!!

Emily Stewart
03:06 19 Jan 19
David is a tree expert and did a great job of transforming the backyard. He came out to quote the job on the same day of the initial phone call, and was able to do the work a few days later. He worked tirelessly all day in the heat to get the job done at a competitive price. Highly recommended!

John Esdaile
07:18 01 Aug 17
David and the team did a great job - very knowledgeable and went the extra yard (pun intended). Will definitely use again.

Rachael Hitch
23:05 17 May 17
Brisbane Trees & Gardens have maintained my backyard for the past year and I couldn't speak more highly of them! David is 'passionate' about his trees and knows all of the different species and he is extremely fastidious about his 'projects'. Highly recommend!

Jeffrey Chan
06:48 12 Apr 17
The team did a great job. It actually took longer to complete the job than they originally anticipated. They charged the same amount. I paid them a little extra anyway. I recommend this team for your tree works.

Aore Flyer
23:39 21 Mar 17
David was super efficient in trying conditions at our property. Was very happy with the service and advice given. Cheers
See All Reviews